Update 1:48 PM: Hurricane Delta went through explosive intensification, from a tropical storm to Category 4 in just 30 hours. It is now the strongest Greek-named storm on record, set to hit Mexico, near Cancun, before making landfall in Louisiana. Says Meteorologist Erin Wenckstern

Hurricane Delta is rapidly strengthening as it heads to Cancun, Mexico. Delta has strengthened into a Category 3 hurricane in the western Caribbean Sea. The Hurricane is forecasted to be a Category 4 hurricane by the time it slams into Cancun. Forecast predict landfall Tuesday night into early Wednesday morning. 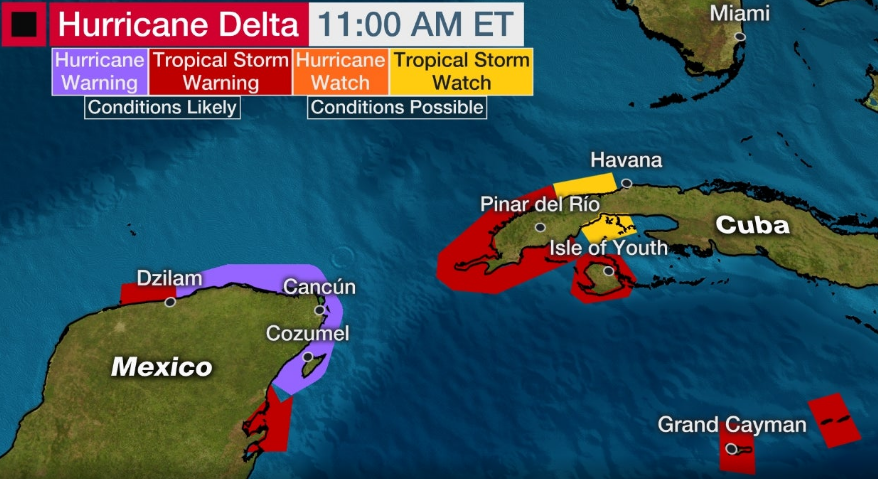 Delta is expected to lose intensity after landfall in Mexico. Only to regain strength and head towards the northern U.S. Gulf coast for the weekend. 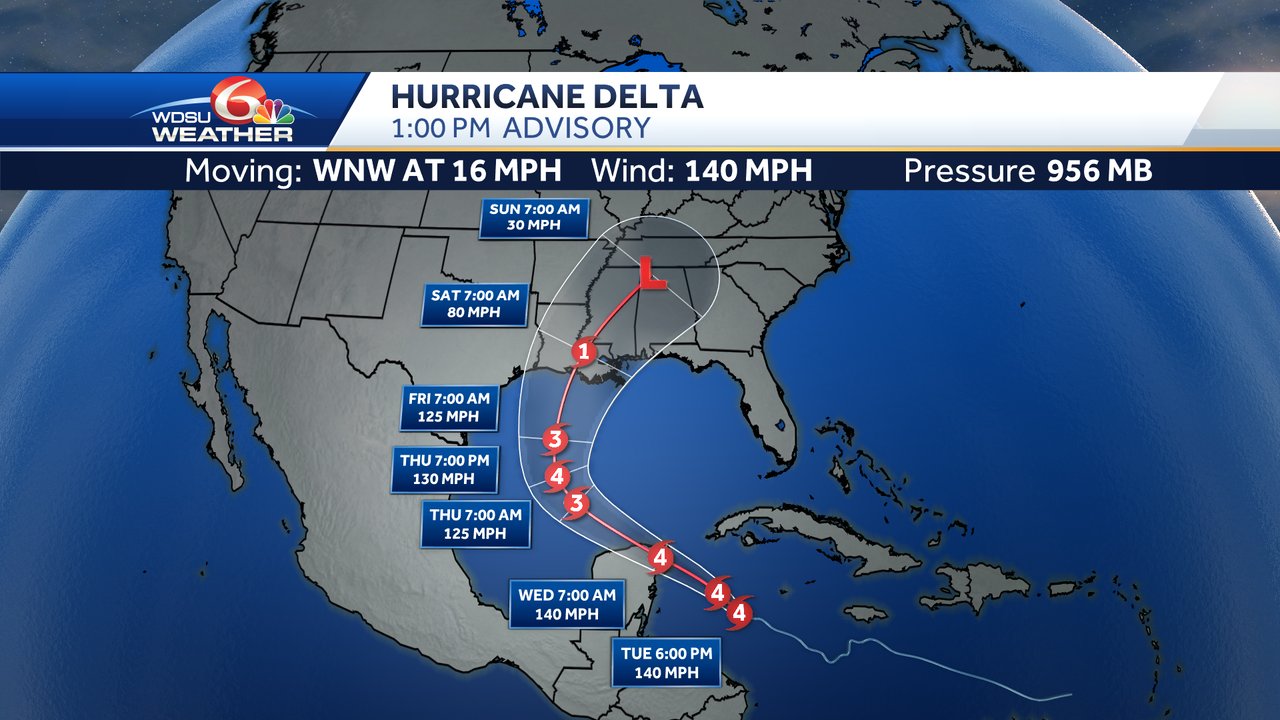 Delta’s intensification was due to an environment of the highest ocean heat content anywhere in the tropical Atlantic basin, low wind shear and sufficiently moist air, in a region notorious for rapid intensification in October, according to Sam Lillo, a NOAA scientist based in Boulder, Colorado.

Governor makes official statements on travel in and out of the country during Hurricane Delta. 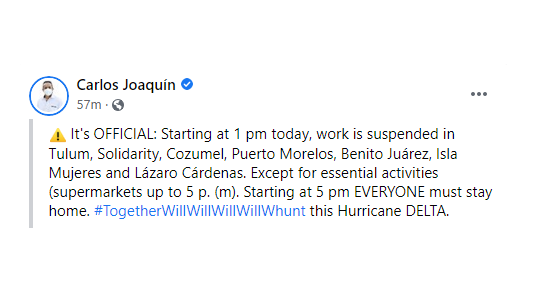 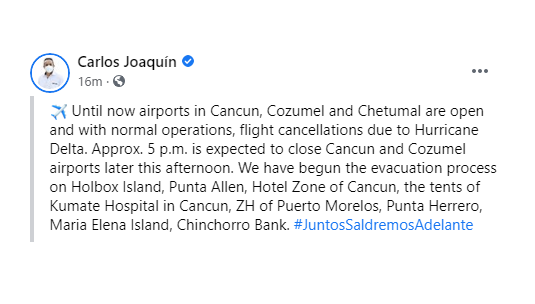