The Royal Resorts have been averaging 25% to 30% occupancy since their reopening. Overall, owners have felt safe and very welcomed.

The resort restaurants are open and cleaned numerous time a day. Hand sanitizers are placed in the rooms as well as all around the resort.

All members of the resort are wearing masks and some are wearing a plastic face shield as well.

There are no real buffets. Food items are pre-wrapped and there is a good chance they will be cold when you get them. It’s still all you can eat, but you can order food from the menu at your table if you prefer.

You can still go up to have your breakfast or dinner items cooked in front of you but it is taking more time than in the past.

The chairs by the pool are not six feet apart but because of the low occupancy numbers, you can pretty much sit wherever you want with no “saved chair” problems.

Happy hour is still on and with chips and salsa. At the Royal Islander, all three restaurants are combined into Cayo Largo until occupancy increases. La Trattoria at The Royal Cancun is open as well and the shuttle bus to bring you is operational.

The Mexican Government is actively monitoring the Sargasso seaweed up and down the coast by air. Once spotted, vessels will be sent to collect as much seaweed as possible before it makes its way to the beaches. Numerous sea barriers have been placed along the coast to prevent much of the seaweed from arriving on the beaches. The Mexican Government makes their beaches a high priority and believes this seaweed season will be less than in the past two years. So far, it has been just as bad as the past.

The Mayan Train will be built in stages with some phases already beginning construction. Within three years, the Maya Train will have double tracks from the Cancun terminal in the direction of Mérida and Tulum. It should help move passengers from the Cancun terminal every 10 minutes with an estimated flow of around 300,000 people per day. You will be able to get on at the Cancun airport, get off at the Playa del Carmen station, and take a taxi to The Royal Haciendas. 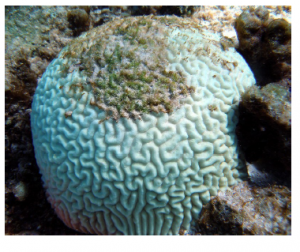 Approximately half of the coral reef specimens, mainly Brain and Pillar Corals, in Akumal are infected with White Syndrome disease. It was probably triggered by the considerable amount of decomposing organic material produced by Sargasso seaweed season of 2017-2018. Coral bleaching in Akumal turned out to be the most severe recorded in recent years, probably due to the great stress that the corals already suffered due to the syndrome and marine pollution coupled with an increase in the seawater temperature in the summer months.

Quintana Roo has recently seen a spike in the number of Covid-19 cases and the State Governor has warned everyone that they could turn back into a red zone. This would close all non-essential businesses down again, including hotels. To date (through June 30th), there were 3,500 positive cases and 564 deaths, a 16% death rate for the State of Quintana Roo.

What can I do about my upcoming weeks?